6 July 2016 – Abersoch, UK – Day two of the Dragon Edinburgh Cup 2016 supported by Gwynedd Council and the ‘Wales 2016 Year of Adventure – Snowdonia Mountains & Coast’ might have been grey and chilly, but nothing could dampen the enthusiasm of the 35 strong International Dragon fleet as they fought it out in two further Dragon British Open Championship races, races three and four of the series.

The forecast had promised a south-westerly building from the low teens up towards 20 knots, but what actually materialised was a gradually decreasing breeze which kicked off the day at around 16-18 knots and ended up at barely 10 knots. Once again it was extremely shifty with constant changes in velocity giving the tacticians and trimmers plenty to think about.  The tide also played a greater role today, both in terms of the starts where boats were being pushed over the line and tactically as the tide made the runs somewhat one sided.

With four of the six scheduled races now completed the overall standings are shaping up, however, the single discard won’t come into force until race five has been sailed so there is still all to play for between now and Friday’s last race. 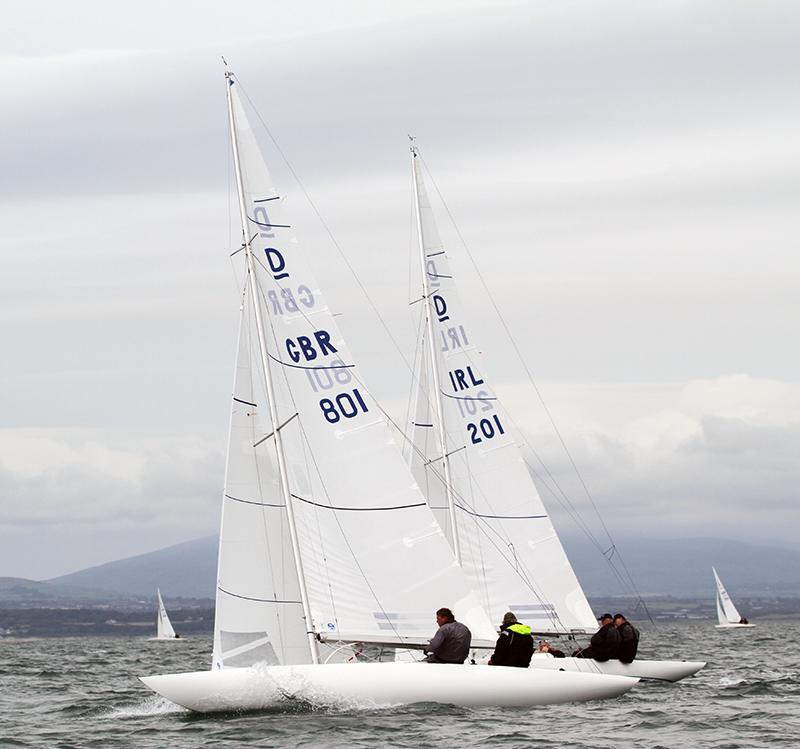 Overnight leader Lawrie Smith sailing GBR801 Alfie with Joost Houweling and Adam Bowers added another win and a fourth to their scorecard and now leads the regatta by four points from Grant Gordon sailing GBR780 Louise with Kasper Harsberg and Ruairidh Scott, who finished third and second in today’s races to move up from third. The points separation may be deceptive though as Gordon’s worst score is a seventh while Smith’s is a fourth.

Local hero Mike Budd, sailing GBR793 Harry with Jeremy Entwistle and Mark Greeves, made full use of his local knowledge to sail himself up the fleet from yesterday’s eighth overall into third and leading Corinthian, thanks to a fifth in race three and an impressive win in race four putting him on 22 points total.

Martin Byrne sailing IRL201 Jaguar with Adam Winkelmann and Donal Small went into the day in second, but had something of a shocker in race three, finish twelfth after a disappointing start.  He came back again in race four and held second until the top of the second beat when he approached on port and attempted to tack into the mark in front of Gordon. It was a marginal call and with Gordon’s crew loudly hailing their objections Byrne decided to take his turns and not risk a protest. He went on to finish the race in fifth which puts him level pegging with Budd on 22 points, although Budd has the slightly better discard of a 10th versus Byrne’s 12th. 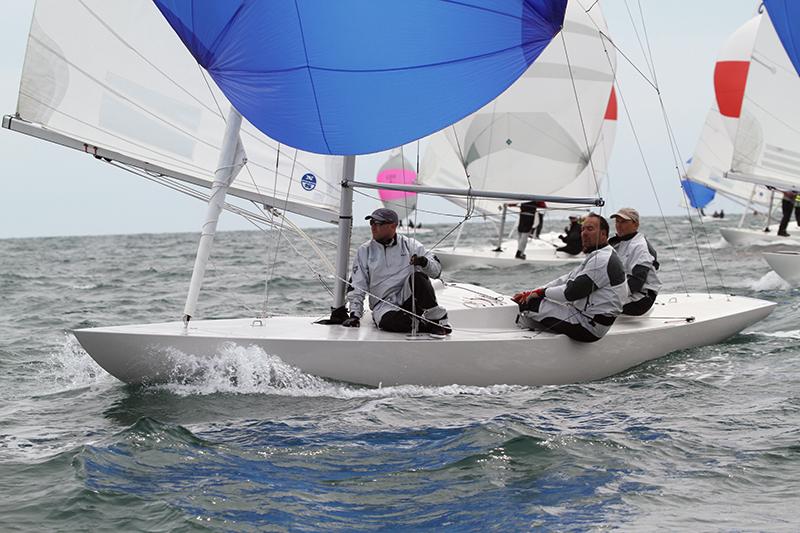 Overnight Gavia Wilkinson-Cox, sailing GBR761 Jerboa with Mark Hart and Tim Tavinor, had held fourth place just ahead of Rob Campbell sailing GBR788 Quicksilver VI with Luke Mallisa and Paul Fletcher, who also led the all amateur Corinthian Division. Sadly, both crews found themselves disqualified under the black flag in race three which took the race committee three attempts to start thanks to the tide pushing the fleet over the line. In total some half dozen boats had to sit out the race and watch their championship hopes fade. Campbell went on to finish seventh in race four and Wilkinson-Cox twelfth, which drops them down to eleventh and thirteenth respectively in the overall ranking.

Oliver Morgan sailing GBR791 Christianna with his wife Francesca and Nigel Young rounds out tonight’s top five having moved up to the leader board from seventh, largely thanks to a third place in race four having crossed the line in fourteenth in race three, their worst result of the series. 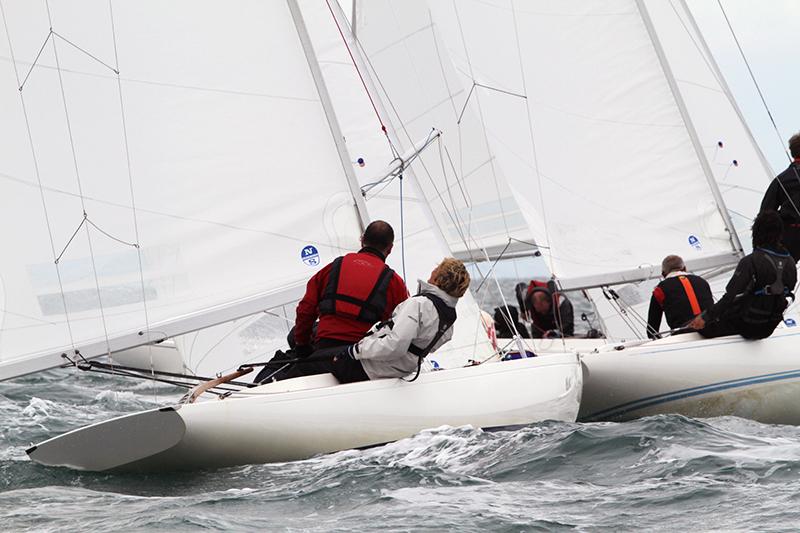 The regatta continues until Friday with two further championship races still to be sailed. Tomorrow the schedule calls for a single championship race, plus the legendary Dragon Edinburgh Cup Crews’ Race in which the competition is at least as fierce as the main regatta. The forecast indicates the fleet can expect rain and strong south-westerlies of 18 to 28 knots so we can only hope that it proves to be as inaccurate as today’s was!

This evening the crews are enjoying a delightful Champagne and Canapes Party hosted by the Abersoch Dragon Fleet. The evening will feature not only lots of lovely bubbly and fabulous canapes, hand made by the members of South Caernarvonshire Yacht Club, but also some fun fundraising activities in support of Parkinson’s Disease research, a cause very close to the fleet’s heart as member Neil Lamont is currently fighting the disease.